**********WARNING! This article discusses core plot and theme ideas, including major spoilers of what occurs in the climax of the story.  I strongly encourage that you only continue reading this if you’ve finished “Tears from Iron.” **********

I had planned on concluding the discussion of the ‘epic’ with last week’s article.  But as I was finishing up working in it, I realized that I needed to bring this back to “Tears from Iron.”  As I’ve mentioned before, when I was working on the story, I wasn’t sure of Belarrin’s final fate.  Would he die heroically in an epic last stand or would he walk off into the sunset?  I didn’t know and I’m glad that I didn’t.  I’ve had readers tell me that that uncertainty carried through the prose.  They didn’t know either, until that final moment.

If my earlier exhortation wasn’t clear, I’m about to give that away now… so again, please only read this if you’ve read the book.

A glorious last stand made sense.  After all, several such heroic and tragic deaths had already occurred in the story.  Even in the prologue we see a glimmer of it in Isi’s fate!  A second, that takes place before the story begins, plays heavily on the narrative.  The Battle at Dahiraetin which spawned the Kayrstaran Empire saw a desperate last stand where three Sword-Singers marched to the salvation of their brothers and sisters, and only one returned.  We encounter another very quickly in Vitarria’s dying “I forgive you.”  The third act begins with the tragic fall of Zoltha and his exhortation “Highest Above bless you.”  And finally in the opening salvos of the climax, there is the sacrifice of Talikae giving everything because of a dream.

Surely after all of this dying, most of it for Belarrin and a lot of it because of him, that should be the flavor of the ending.  After all, Belarrin was the killer of both Vitarria and Zoltha.  To our modern sensibilities, they were both prisoners of war and their executions violated our laws of war.  That makes Belarrin not merely a murderer, but a war criminal.

Yet as I entered Act III and the end drew near, the path I had to take became obvious.  There was only one course.  Despite all he had done, Belarrin had to live.  But why?

First, his death would have been a betrayal of the plot.  While it is a character story and Belarrin lies at the heart of it, “Tears from Iron” is also a freedom story, specifically the Kailaer from enslavement at Nahirazith (and, of course, Belarrin and the freedom from his own chains).

The point where Belarrin would have died, should that have been the path, was when he gave himself over to madness and conjured the nightmare storm.  As we saw, that devastated the t’Okaedrin and Syraestari warriors.  That being said, it didn’t annihilate them.  After the storm abated, if Belarrin hadn’t been there, the t’Okaedrin and Syraestari would have picked up where they left off.  They would have slaughtered the Scions.

I suppose I could have altered the concluding moments so the protagonist dies in a moment of sacrificial justice.  After all, there are only 4,000 words from Belarrin’s surrender to madness and the end of the tale.  A slight shift of the prose could have allowed for the destruction of the t’Okaedrin and thereby assured Scion liberty.

I could have forced that outcome, but it still would have violated the theme. 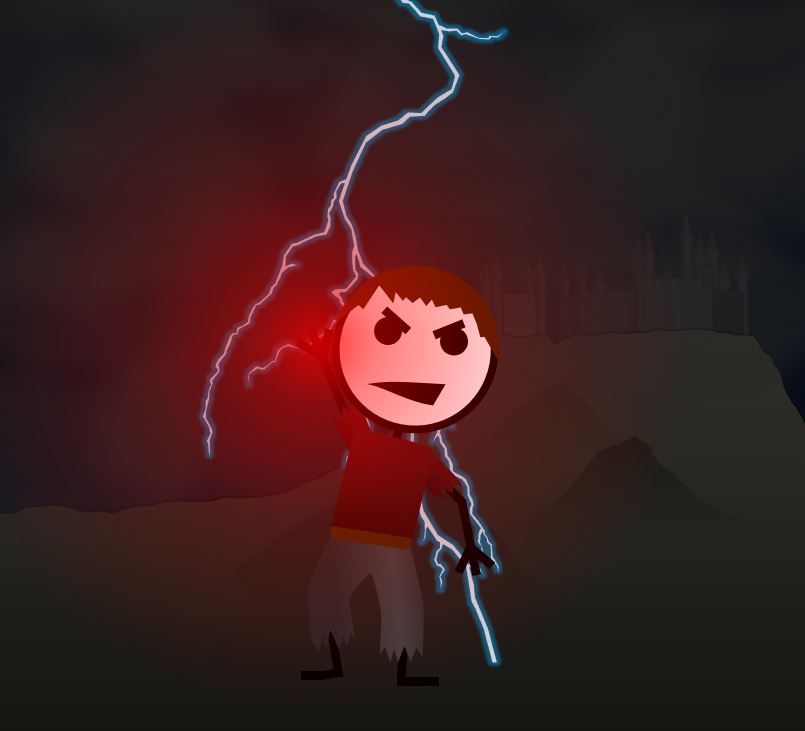 The core refrain of “Tears from Iron” is redemption.  This carries through all of the last stands that span the book.  From Isi to Vitarria to Zoltha, they all forgive before they die.  That forgiveness irrevocably changes their killers.  Even Bridionis, whose death isn’t so much a last stand, dies to the words “Yes, brother, I see now.”  He dies redeemed.

The only real exception is Talikae.  She is a subtle linchpin of the climax, but even so she carries a secondary theme.  That theme is of hope, but also the idea that hope made manifest always carries a cost.  Yet her fall was critical in Belarrin fulfilling his redemptive theme.

If Belarrin had died, however, it wouldn’t have been from redemption.  That forgiveness didn’t occur until after the moment where he would have fallen.  This is especially true because the most critical aspect of that forgiveness is forgiveness of self.  Yes, he needed to be forgiven by Sravika, but it was so much more important that he cease to hate himself.  None of these would have been plausible until after he had surrendered himself to madness.  I suppose I could have forced the prose another way, but that would have been a betrayal of a promise that laced the narrative (see my article on the Authorial Promise).  I also fervently believe, it would have destroyed everything the story created.

Just as critical as the theme of redemption is, so too is the idea that redemption isn’t punitive.  If it were, Belarrin would have died.  He deserved it, after all.  Any reasonable modern court would have condemned him as guilty of murder and of war crimes.  By letter of law, he should die.  Instead, the story takes a different path.  It is a path that took nearly two hundred thousand words to build, but I hope was worthy of the construction.  It is my hope that the reader walked with Belarrin through all the agonies of his actions, understanding his reasons even while being appalled by many of them and disappointed by many others.  But then, in the end, that hoped for theme… that idea promised between the lines of every page came true.  The monster found redemption.  Not just a monster, but a failure… a failure of everyone he loved.  Even so, he was redeemed.  If it is possible for him, shouldn’t it be possible for us, too?

Writing is an Act of Faith