Last article, I began the discussion of how we all yearn for the epic and, even if our lives are more mundane than our childhood dreams, the paths we choose can still bring value… sometimes even greater than those juvenile visions.  I concluded that keeping those dreams through adulthood remains important, though, because those yearnings can still serve as an outlet for our hopes and be a source of strength.

This week I want to take the idea of the epic in a different direction.  I’d planned to include this in the initial discussion, but since it is such a sharp turn of thought, I decided to split them.  So here we go.

I’ve been thinking of these events lately, from Thermopylae to the Masada.  From the Alamo, to Rorke’s Drift, to the Warsaw Uprising, to countless other events in human history.  Regardless of how one might feel about the political or socio-economic factors of cause and effect, of deeper motivations that brought on such conflicts (many dour and sometimes quite dark), we are drawn to the final stands because of the epic tragedy found in such valor… standing side by side with your brothers, clinging to courage against failing hope, and often paying the ultimate sacrifice.

I’m not referring to self-immolations such as Hitler’s suicide.  He matched a life of tyranny and oppression with his death.  As he prepared to kill himself, Hitler cursed his own people, wishing for the annihilation of Germany because they failed to achieve his diabolical vision.  True acts of heroic self-sacrifice are never about abandoning someone else to pay the price for problems you’ve created.  Nor am I referring to suicidal bombers whose purpose is to inflict pain, suffering, and terror.  Rather, they are about an individual standing up and choosing to pay their own price in the dream of a better tomorrow.  In this, there is triumph over tyranny.  There is triumph over all those bleak emotions that drag us down.

In our history, these desperate stands usually center on groups of defenders but in fantasy and sci-fi it often focuses on the individual.  Tolkien is thick with such accounts from Glorfindel’s battle with the balrog at the fall of Gondolin, to the last stand of Boromir at Amon Hen, and, of course, the epic gallantry of Eowyn and Meriadoc against the Lord of the Nazgul at Pelennor Fields.  (This last one, like Rorke’s Drift, shows that there can be survivors in a last stand).  Lloyd Alexander partakes of this theme far less, yet I would put Ellidyr casting himself into the Black Cauldron on this list.  In Robert Jordan, well… I won’t spoil it for anyone working their way through the massive series.  As for sci-fi, this idea is best personified in Spock braving the irradiated engine room to save the Enterprise from Khan’s wrath. 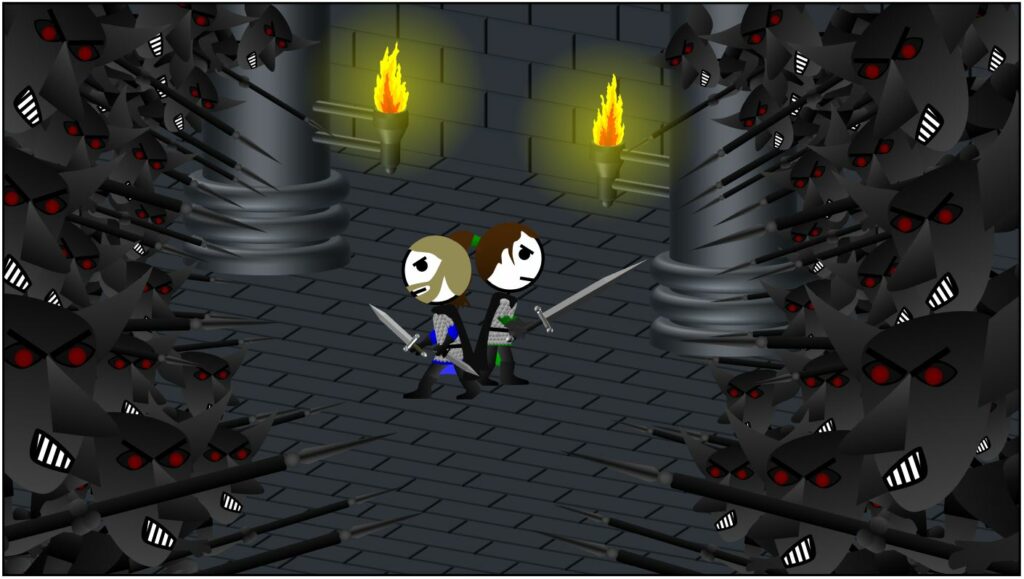 These epic displays of courage and gallantry given at the ultimate price, speak to our souls and set the ultimate ideal of what we can aspire to give for the good of others.  But this brings me to two points.  First, these valiant martyrs didn’t want to die.  It wasn’t suicide.  Nor were they driven by wrath or hatred.  Being human, they were all imperfect, but the motivations behind their valiant stands comprise concepts like brotherhood, love of homeland, and service to a higher duty.  They didn’t die to inflict terror and pain on others (though such acts are inevitable in any battle), but rather to serve, love, and protect.  They didn’t set out to die, but they didn’t shirk from that path when it lay before them (an exception may be Eowyn, but even her fey behavior was driven by despondency rather than a yearning for martyrdom).

Second, this path, both in the true stories and in the fantastical, are not ones that anyone in their right mind would yearn for.  Even setting aside death, the life of a warrior is a hard one.  When you’re not bored, you’re overworked and that’s only peacetime.  In war, you’re not only cold and hungry, but afraid with all of your tomorrows in perpetual doubt.  Like the missing soundtrack described in the last article, there is no booming crescendo, no roar of an orchestra to bolster your courage.  There is no audience clinging to the edge of their seats in tense anticipation of a certain and ultimate triumph.  For that matter, there is no certainty that anyone will ever know your deeds, the triumphs you’ve claimed, the sufferings you’ve endured, and the courage you’ve claimed even in your final moments.

Thus we can be grateful that so few of us are called to that ultimate epic challenge.  We have no dark lord to defy, no horde to hold back until our last gasp, no grenade to throw ourselves on to ensure the lives of those we love.  After all, the hero who leaps on the grenade doesn’t see the happy ending.  As often as not, they can’t even be certain that the life they’re selling so dearly will result in a happy ending for those they’ve left behind.

Why, then, do we thrive in the visions of such epic sacrifice? Why do we claim these moments as the greatest part of our stories wherein our very hearts leap up in battle cry?

I think it is because, in these moments, we see beyond ourselves.  Surprisingly, an author known largely for comedic fantasy, Steven Brust, nailed this concept succinctly.  In his book “The Paths of the Dead”, Tevna the Pyrologist observes to Khaavren:

“Believe me, Count; in my work, I have seen many people in pain, and the one thing they have in common is that it is very difficult for them to consider what is going on around them, because pain in the body or suffering in the soul invariably pulls the mind to itself; it is when we are not in pain that we are able to see clearly outside of ourselves.”

We are all in pain.  Some may hide it while others proclaim it to all who will listen… and, perhaps, become enraged at those who don’t notice.  For some, the pain is obvious, for others it is subtle.  But rich or poor, happy, sad, or angry… and regardless of all those popular demographic descriptors we use to divide ourselves, we all have it.  And we are all selfish.  Indeed, these days, I think society measures each of us based on our pain.  Our suffering has become a competition where value is determined by the intensity of our suffering.  So we wallow in the misery of our suffering and turn its pain, whatever the source, into a poison that we spread to as many others as we can.  Because pain is inward looking and selfish.

But not the pain of the last stand.  This pain is love.  It is sacrifice.  It is giving up the self for others.

For this reason, I think the nihilistic bent of many stories these days is a poor path to take.  Such tales where death is as random, arbitrary, and meaningless as the lives of the characters who face them only serve to perpetuate the delusion of devaluation.  After all, if death… a fate for us all… never has meaning, can life?  Can anything?  Such an attitude leads only to greed, selfishness, and self-obsession.  It turns us inward to sup upon the pain, devouring hope, destroying love, annihilating kindness.

In contrast, tales of hope remind us that people matter.  All people.  We matter both in how we live and in how we die.  There is purpose and value.  Such an attitude fosters love, hope, and joy.  It is in the sacrificial death, the epic last stand, that we see all of these most clearly.

Words that have Inspired Me