Memories of the Cataclysm

The treachery of oathbreakers shattered the world.  But amid the Cataclysm, a new empire has arisen at last.  In binding humanity to their service, the ageless Syraestari restored civilization to a world wracked by chaos.

Vistus is a human warrior-brother, sworn to guard his masters from the barbarians and rebels that seek to drag the Syraestari empire back into darkness.  His prowess in battle is matched only by his loyalty to the empire. Ninanna is a Syraestari Sword-Whisperer, venerable even in the eyes of her own people.  Though she is the personal guardian to the empress, another Oath, more ancient and powerful, binds her destiny.

As rebellion and war threaten the Syraestari Empire, Vistus and Ninanna must discover the meaning of family, of faith, and of sacrifice or all they love will perish.  For the Cataclysm is not yet a memory, and the prophecies of dead gods may still overturn all that has been wrought.

“Tears from Iron by Jonathan Oldenburg is a story of heroism and the spirit of freedom that combines the magic of Brandon Sanderson with intricate worldbuilding seldom seen outside of the Lord of the Rings.”

“The beginning of an epic tale I cannot wait to read more of.” 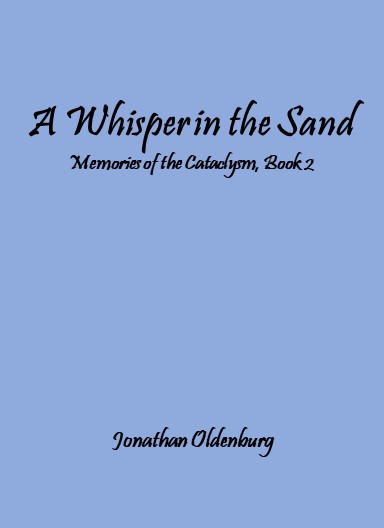 For five hundred years, the empire of the Syraestari has flourished, subjugating all peoples in their path.  Yet now, across the sea, their ancient foe has emerged to battle them once again.  Torn by tragedies and hatred that have built across the millennia, only eternal war remains between them.

Inrelk is heir to the throne of the empire, but he’s a thinker and a dreamer, all too aware of his own inadequacies and terrified of the role to which he was born.  Thus his mother, the Empress Kayrstana, begs the return of her estranged guardian, Ninanna, to show him the way on the field of battle.  But no plan survives the first volley of arrows and the grand venture becomes a desperate plight.

Though the Cataclysm has slipped into memory, all of the old enmities and sorrows that transcended its passage have risen again to the fore proving that the flaws of the Lost Age remain unchanged and may yet bathe the new world in blood.