Last article, we looked at the role of smelting in “Tears from Iron.”  This time, we’re taking a step back to ask not only what smelting is, but why it is so important to (our) human history.

Webster’s New World Dictionary defines smelting as the melting or fusing of ores so as to separate impurities from pure metal.  These days, this is done through the use of blast furnaces that can keep the ore at the ideal temperature through the process.  However, in ancient and medieval eras before such technology existed, iron smelting was done through the use of bloomeries (so named because they created iron blooms).  Bloomeries produced wrought iron which had to be worked while heated to expel molten slag (byproducts).  In “Tears from Iron”, Belarrin, Zoltha, Chostir, and Fritten (among others) toiled at the bloomeries while Yrpel and Regund worked the blooms to remove the slag.

Despite being one of the most common elements on Earth, iron metallurgy was one of the last metals to be worked.  The reason for this is that the temperature to smelt metals such as tin, lead, and copper is significantly less.  Smelting copper requires close to 400° Fahrenheit while iron smelting requires temperatures in excess of 2,000° Fahrenheit.  This requires charcoal and a lot of work.  (To wrap up the lists of tasks at the smelting camp in the novel, Idysha and Wiersa were two of the charcoalers).

Given the quantities of iron and the challenges in its smelting, iron is a breakthrough metal.  Tin and copper, and therefore bronze, are rare enough that there was generally far more demand than there was supply.  Iron, however, was so common that once its smelting was developed, societies were far more able to provide themselves with metal tools, weapons, and armor.  This gave them a significant advantage over any neighbors who lacked iron metallurgy.

But returning to the smelting of iron itself, there was an important trick to its success.  Iron had to be maintained at the proper temperature throughout the process.  Blooming occurs at a temperature a little bit below iron’s actual melting point.  If the smelter gets too hot, however, then the iron melts.  This is a bad thing because melted iron (cast iron) is brittle.  The key difference between iron and steel is that steel comes from iron ore heated sufficiently to fuse with carbon atoms (from the charcoal) in a specific matrix.  When using a bloomer, if the temperature was maintained in the right range long enough, then it was possible to get steel as a result.  But without more modern techniques, such an accomplishment was a challenge.

This leads to an interesting trade off in the nature of iron and steel.  Iron by itself is rather soft while an increased and improved matrix of carbon atoms makes the aforementioned much harder steel.  Through the blooming process, the charcoal adds carbon atoms, but not necessarily enough to make steel unless it is done right.  Thus the trade off.  The harder a metal, the better it can hold its edge through repeated cutting, but it also is more brittle.  Softer iron, however, isn’t brittle but quickly loses its shape.

Indeed, in Polybius’ narrative on the Roman Republic’s battles with the Cisalpine Gauls, he describes the Gauls as using iron swords of such poor quality that they bent after the first blow.  For the second, the warriors had to stand on them to bend them straight again (reference:  “Warfare in Antiquity” by Hans Delbrück p. 306).  I’m as skeptical of this as Delbrück, but the point is the drawback of iron without enough carbon. 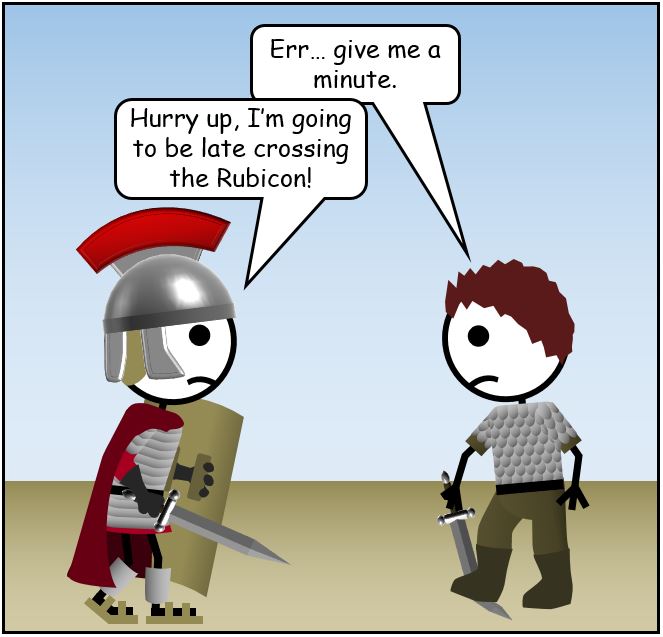 From here comes the art of folding metal for which Samurai swords gained such fame.  The basic idea is that harder metal is folded and forged around soft metal.  This provides the weapon with a soft core that won’t shatter and a harder exterior that can maintain its edge.

I will begin my conclusion by observing that I am not a metallurgist, a smelter, or a smith.  If I have presented any facts that are askew, I beg your indulgence.  There is an art to intermixing fact with storytelling.  No author can be an absolute expert on everything they talk about.  Thus, I believe there is a responsibility to get things as right as one reasonably can without paralyzing the writing process.  If a description isn’t perfect, such as the smelting camp at Nahirazith, it is my desire to make it sufficiently correct that it provides a flavor of the life and labors of the Kalilaer.  Hopefully, you found it interesting and enjoyable.

One of the wonders of our modern era is how readily available basic information is.  No longer do you have to scour libraries (and hope that your specific library or library system carries the desired tome).  There is quite a bit out there online about smelting.  In addition to a large number of Google searches, my primary visual source was a bloom project conducted in Ireland a decade ago that was posted to Youtube.  You can find it here.  While it lacks the fine hand of a master filmmaker, it is informative.  The first half shows the construction of the smelter.  The actual smelting of an iron bloom, much as it occurs in “Tears from Iron,” begins around the ten minute mark.

Quotes: Memories of the Great War

What People Believe in Isfalinis